2015 has been the year of trading ranges. The S&P 500 was stuck in a 100-point range from February to August and again from October until now. 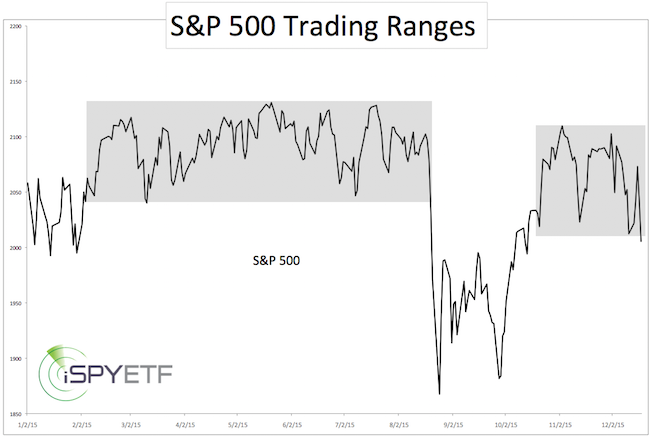 Prolonged periods of zig-zagging tend to wear down support/resistance levels and dilute the effectiveness of technical analysis.

At times like this, it makes sense to overweigh other indicators to get a better read on the market. Here are a few of them:

The graphs below (originally published in the December 13 Profit Radar Report) represent all years with 3%+ losses after the first nine December trading days (dashed black line) along with the performance over the next 30 trading days. December seasonality (green graph) typically turns notably bullish in mid-December. 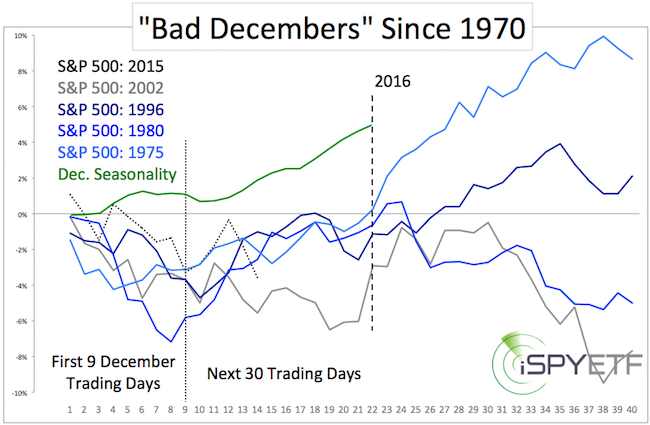 Last week (Thursday/Friday), the S&P had two 1.5% back-to-back losses in the second half of December. According to SentimenTrader, this hasn’t happened since 1937.

Since 1928, there’ve only been eight back-to-back losses of more than 1% during the second half of December. All of those were during bear markets, but the S&P ended the year above the second down day level every single time.

Buyers fatigue is not always a short-term timing toll, but it’s been like a dark cloud over Wall Street, and certainly contributed to the lousy December performance.

There’s a small tell tale sign that buyers may be awakening (perhaps only for a little while). How so?

As the chart below shows, on Friday, the S&P closed at the lowest level since October 13. Some market technicians may consider this a technical breakdown, however, there was a bullish divergence between the S&P 500 and the percentage of NYSE stocks above their 50-day SMAs. 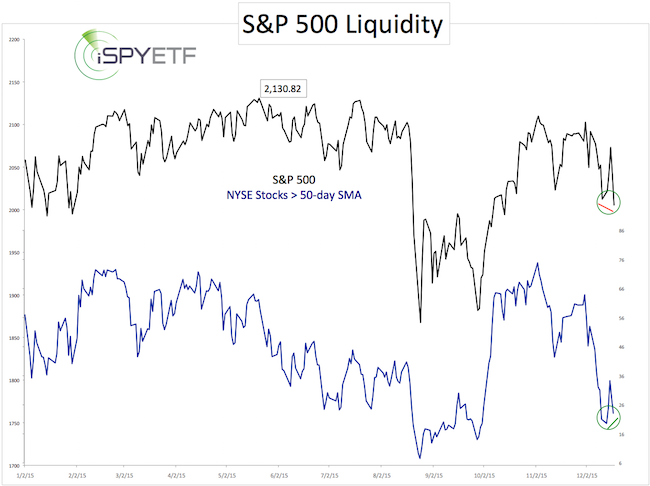 At least by one measure, selling was not as strong as price suggests. More often than not that’s a good sign.

As long as the bullish divergence and support at 1,993 hold, positive December seasonality deserves the benefit of the doubt.