On Thursday, February 11, the S&P 500 dropped to new lows, which was our minimum down side target outlined in the January 27 Profit Radar Report: “We are looking for some short-term up side followed by new lows, followed by a more sustainable rally.”

“Forrest Gump would probably describe this market as a ‘box of chocolate.’ Let’s open the box and look what we’ve got.

Obviously, momentum is to the down side. Betting against momentum is always a risky proposition. Having said that, there are a number or tell-tale signs hinting of a (temporary?) momentum shift. 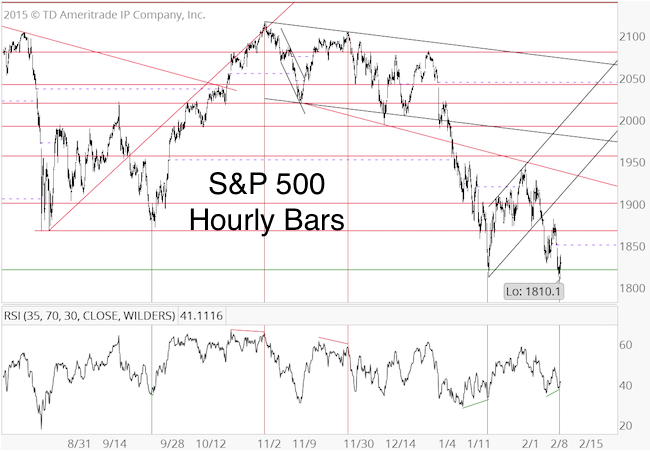 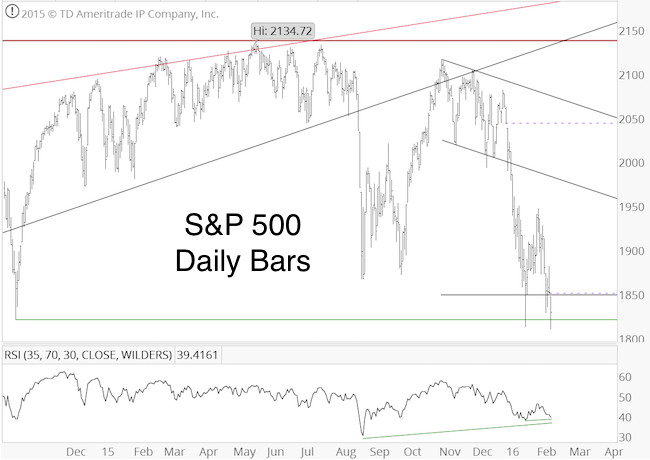 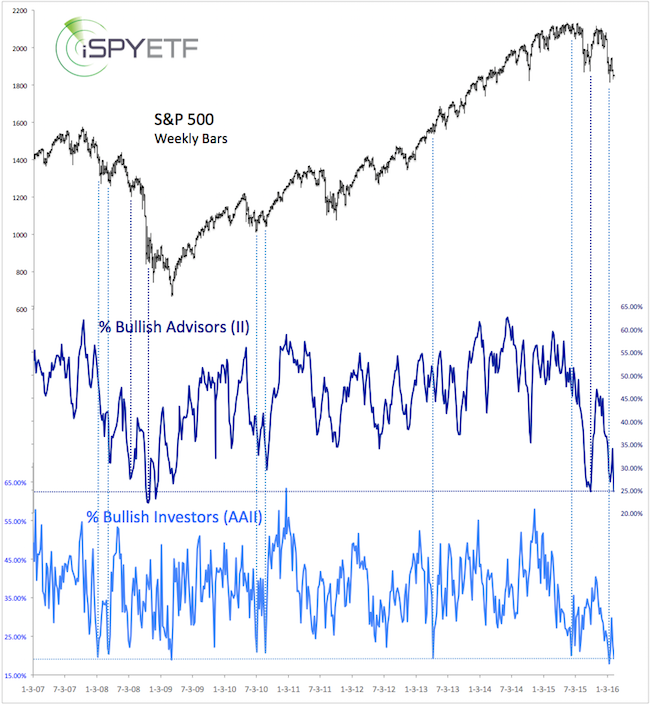 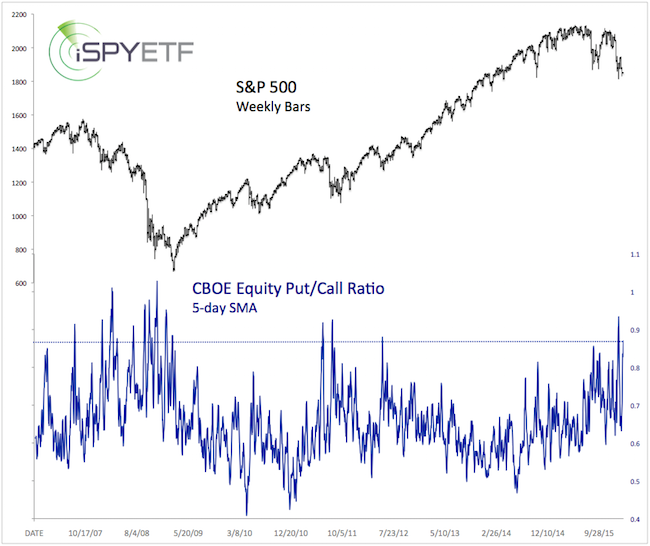 5) Today’s low could be the spring board for the updated projection shown in Wednesday’s PRR.

6) Based on correlations between asset classes, investors are piling into the ‘fear trade’ (buying gold and Treasuries when stocks are down). 30-year Treasury prices and gold are up more than 10% in recent weeks. This combination (gold and Treasuries up more than 10% in a couple of weeks) has only occurred three other times since 1975 (according to SentimenTrader). Chart #5 captures the November 2008 and August 2011 occurrences. In 1982 (not shown), the S&P bottomed closely thereafter, and rallied 44% over the next year. 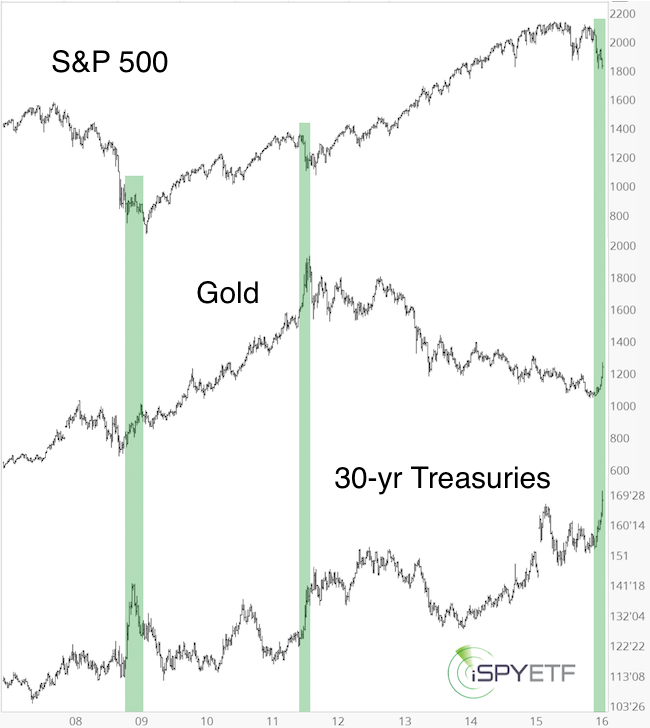 Summary: Although we anticipate an eventual drop below S&P 1,800, today’s lows increase the odds of at least a temporary rally. The risk/reward ratio is now attractive. Buy S&P 500 around 1,828 or SPY around 183.”

Although this rally may relapse eventually, Thursday’s dip provided a low-risk entry, to get some ‘skin in the game’ in case this turns into a runaway rally with higher than anticipated targets.

The S&P 500 has been tracking our yellow projection (see chart below) – initially published in the January 13 and 24 Profit Radar Report updates – very well, and may continue to do so.

Please keep in mind that the yellow projection was adjusted via the Wednesday, February 10, Profit Radar Report to show only a marginal low followed by a less dynamic bounce.

4 comments on “6 Reasons for a (Deceptive?) Stock Market Rally”