Crude oil prices almost doubled since the February low. How much higher can oil rally?

The February 21 Profit Radar Report stated that: “Seasonality is strongly bullish until late April. For anyone interested in trading oil, this is a tempting setup to go long.”

The April 24 Profit Radar Report added the following: “Based on EWT, more gains are likely, however bullish seasonality is starting to taper off. Sentiment is near neutral. Based on long-term EWT, a rally to 50+/- followed by a significant relapse (perhaps even below this year’s low) is a real possibility.”

The long-term chart shows why 50+ was the up side target given on April 24 (red long-term trend line + 20-month SMA). 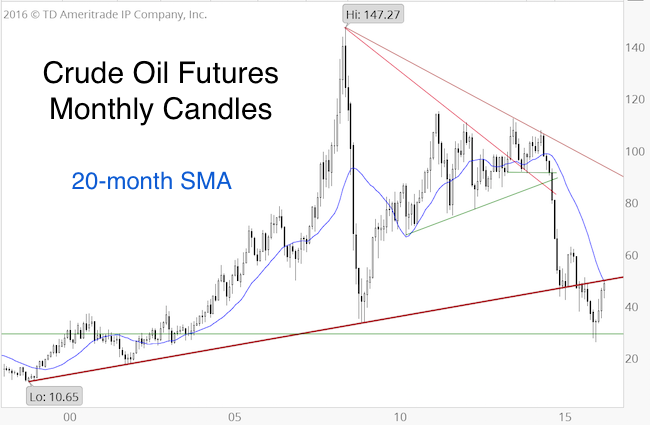 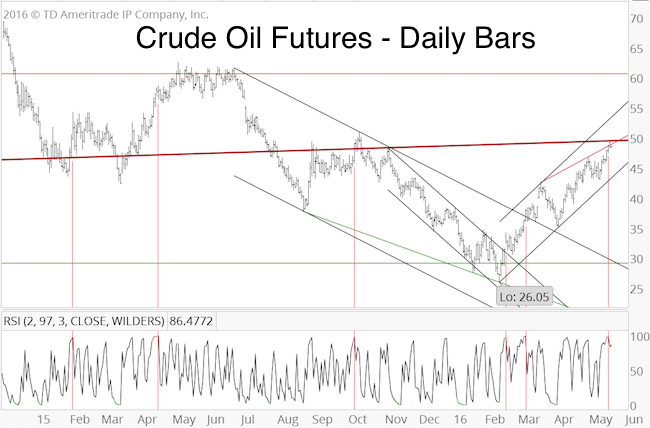 All of the above is at least near-term bearish. Although bullish seasonality will reassert itself in June, the trend is lower until double trend line resistance is broken, or bullish divergences emerge at support.