The S&P 500 is at new all-time highs, so it may be appropriate to call to mind – and then discgard – all the bear market chatter of recent months.

Here is just a small selection of bear market headlines:

We never bought into the bear market idea.

The Profit Radar Report’s 2016 S&P 500 Forecast expected new all-time highs in 2016, as illustrated by this projection published at the beginning of the year. 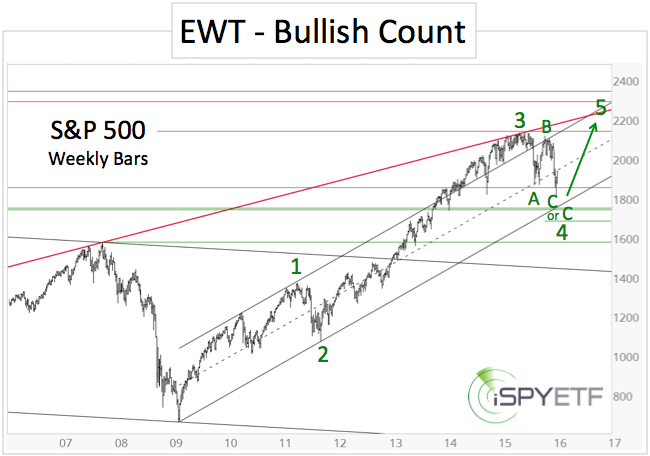 Our bullish outlook was confirmed by the February ‘Kickoff’ rally, which was discussed in this article: 2016 Bear Market Risk is Zero Based on this Rare but Consistent Pattern

The April 17 Profit Radar Report featured another liquidity study and a more detailed S&P 500 projection (see chart below) along with the following commentary: “The most likely longer-term implications of our liquidity study remain in harmony with our 2016 S&P 500 Forecast: New all-time highs.” 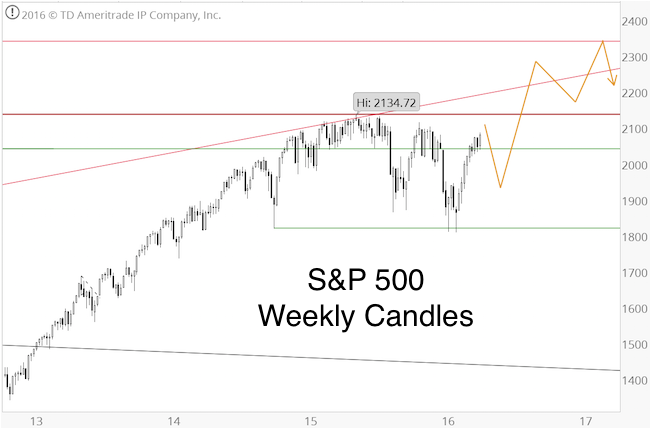 Another breadth thrust, or kickoff rally, launched in late June, two trading days after the Brexit vote (see chart below). 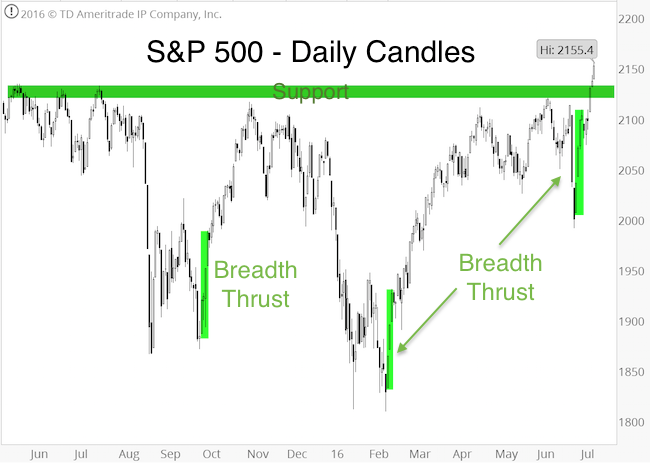 The July 4 Profit Radar Report included a detailed analysis of this triple breadth thrust and concluded: “The NY Composite a/d lines are already at new highs, although the S&P 500 is not yet. This, along with the breadth thrust, strongly suggests that the S&P will follow in the not so distant future.”

Buoyed by the breadth thrust, the S&P 500 gained the escape velocity needed to break above the glass ceiling near 2,130, which now serves as initial support (horizontal green bar).

Stocks may pull back due to short-term overbought conditions, but with or without pullback, higher highs are likely. It’s a buy the dip market.