The S&P 500 reached our minimum down side target and rallied strongly. Is this rally for real or are stocks just ‘churning for another burning’?

This week’s rally is credited to the French election, but a series of solid buy signals triggered days before the news from France.

Contango and the VIX/VXV ratio signal a VIX decline.

The chart below – which plots the S&P 500 against the VIX, VIX/VXV ratio, CBOE equity put/call ratio, and contango – was published in the April 16 PRR along with the following commentary:

“The VIX/VXV ratio, equity put/call ratio and contango are at multi-month extremes.It appears like the amount of sellers left (needed to drive prices lower) is rather limited. The weight of evidence strongly suggests that we should focus on the upcoming buying opportunity, not on how much more down side may or may not be left.” 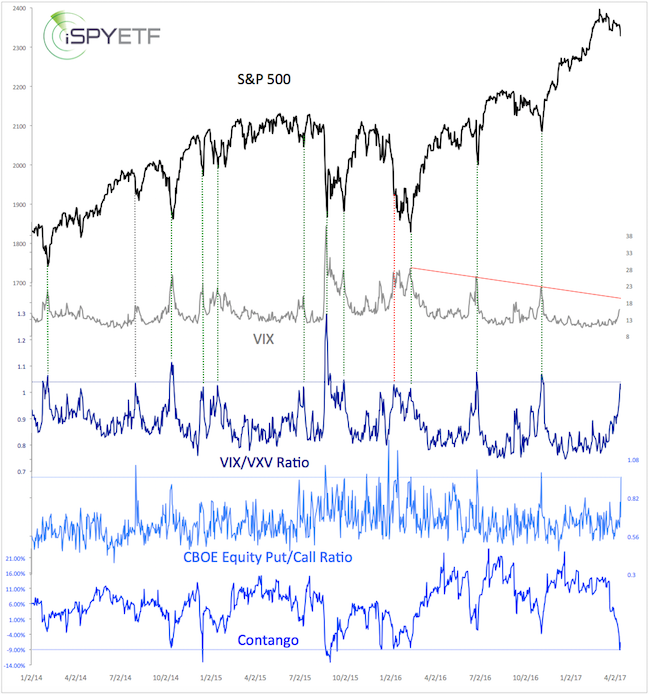 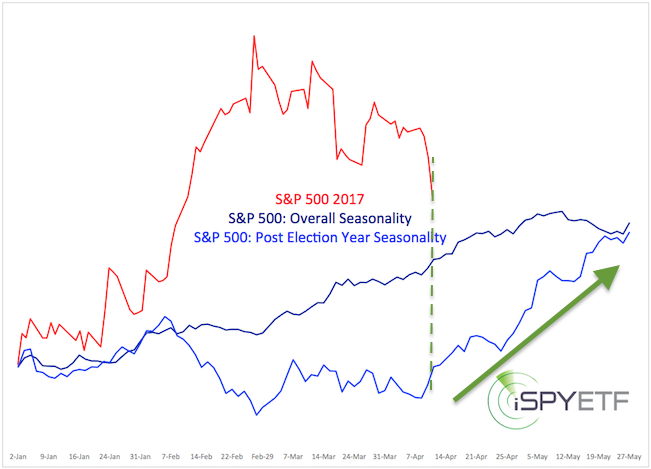 This bounce is in sync with seasonality and various buy signals, but will it last?

The April 9 PRR featured the yellow projection shown below. According to this scenario (based on Elliott Wave Theory), the S&P would reverse above 2,390 and fall to new lows (2,320 or below).

The S&P 500 is above 2,390 and has entered a price zone where a relapse becomes possible.

We will be watching various breadth, money flow, sentiment and technical indicators to determine whether this rally will stop here or not.

Continuous updates are available via the Profit Radar Report.