From the March 2020 low, the S&P 500 rallied 63.70% in less than 6 months. This rally dwarfed my already bullish chart projection and outlook shared in the March 26 Profit Radar Report: “We anticipate a recovery towards 3,000 (for the S&P 500) over the next couple months and quite possibly new all-time highs in 2020.”

Although the March 26 Profit Radar Report outlined that new all-time highs were quite possible even in 2020, I expected a deeper pullback before actually reaching those all-time highs. Aside from a hitting a small speed bump in June, stocks never delivered such a pullback.

Throughout this rally, the S&P never dropped below key support, so reluctantly I had to allow for momentum to drive stocks higher even though stocks were over-bought and over-loved.

Fold or Stick to Your Guns?

Quite frankly, it was painful watching the market grind higher throughout August, and as an analyst I had to make a choice between:

What were the facts?

In early August, the S&P 500 came within striking distance of its February 2020 all-time high. The August 8 Profit Radar Report analyzed how the S&P 500 performed after it dropped 30% or more and subsequently rallied within 2% of an all-time high.

This was not the only study suggesting that any accrued gains will eventually be erased. The chart below, which plots the Nasdaq-100 against its distance from the 200-day SMA (also published in the August 9 Profit Radar Report) projected one of two possible outcomes: 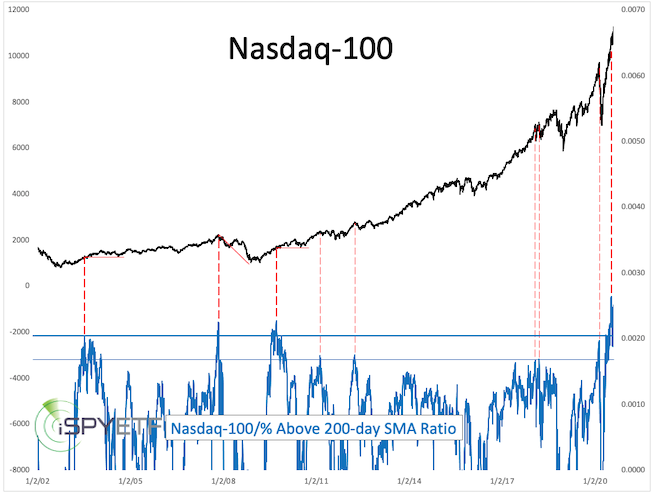 Throughout August, stocks continued higher and risk of a pullback increased. The August 23 Profit Radar Report showed that there were 6 days where the S&P closed higher, but more stocks declined than advanced. The dashed purple arrow showed the most likely price trajectory. 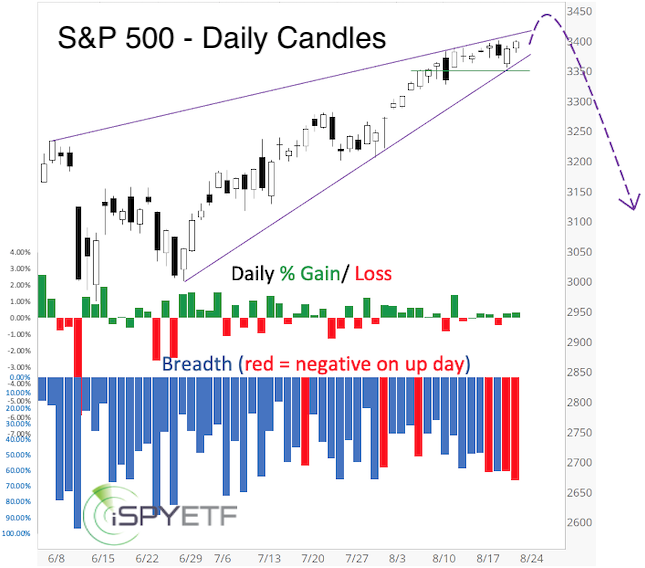 The August 30 Profit Radar Report showed that the Nadsaq-100 almost tagged long-term trend channel resistance and warned that: “S&P 500 Futures are in nosebleed territory.” For the first time since the start of this rally I actually suggested shorting stocks as a speculative trade for aggressive investors. 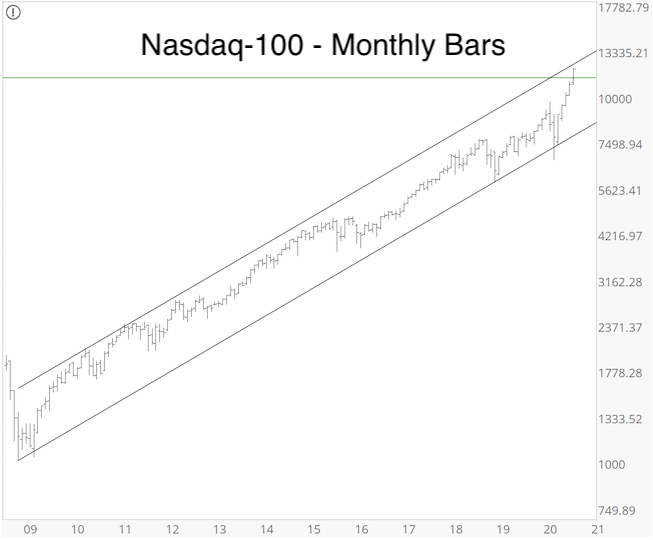 The September decline has erased all the August gains, which was the minimum expected down side. As the weekly S&P 500 chart shows, price is below double resistance, but above support. While below resistance, we need to allow for further down side, but a break below support is needed to get lower targets. 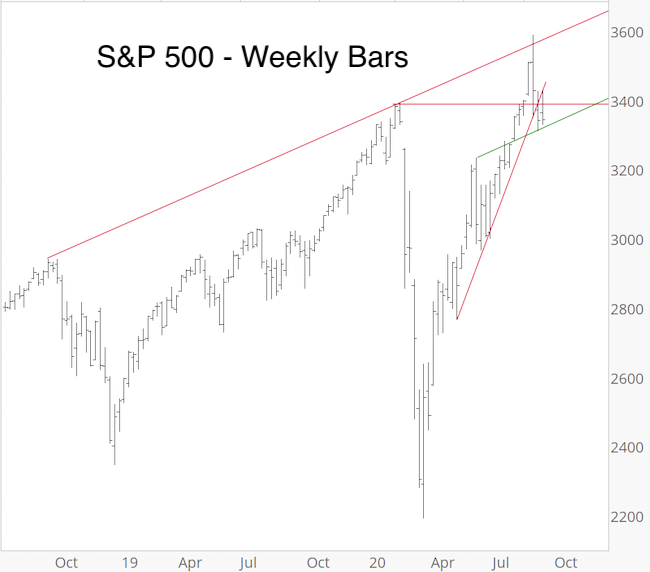 The question I keep asking myself is: How can I avoid underestimating a stock market move?

I will let you know when I’ve found a solution. For now, here are two lessons I’ve learned:

We are living in an age of extremes, and sometimes stocks just defy the odds