Relentless is one way to describe the stock market rally from the March low. Unusual is another, and recently it’s gotten plain odd.

The chart below shows the relentless and unusual nature. I first published the chart on April 7, when it became clear that this rally was going to be strong. The various graphs below show the trajectory of the fastest rallies from a 52-week low.

As the performance tracker shows (based on forward performance as of April 7), initial strength always continued, but this rally has broken all record. 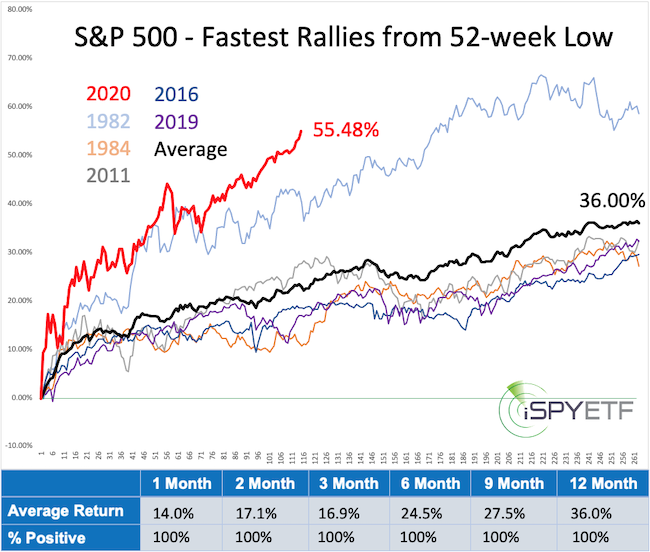 The chart below plots the S&P 500 against the daily percentage change and percentage of declining stocks. The red arrows highlight days when the S&P closed higher despite a majority of stocks closing lower.

S&P 500 rallies despite more declining than advancing stocks have only occurred in two other distinct periods over the past 50 years. 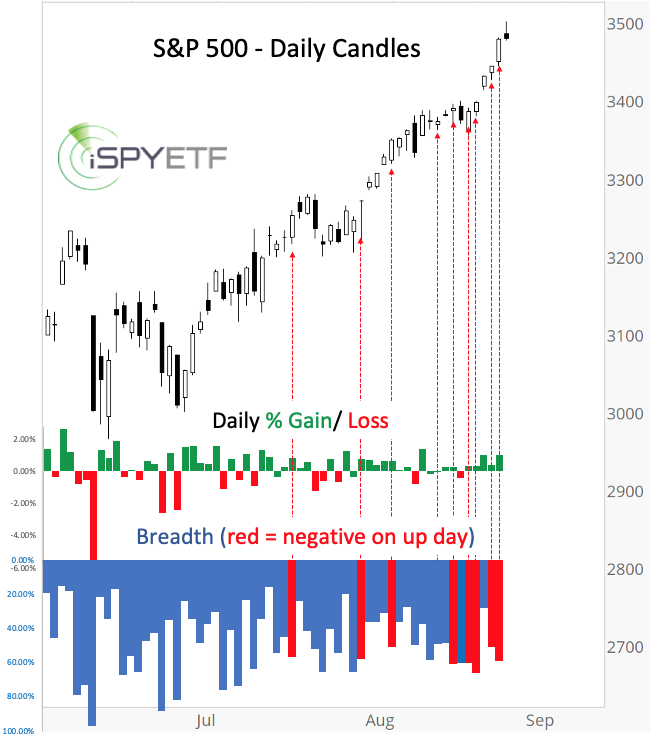 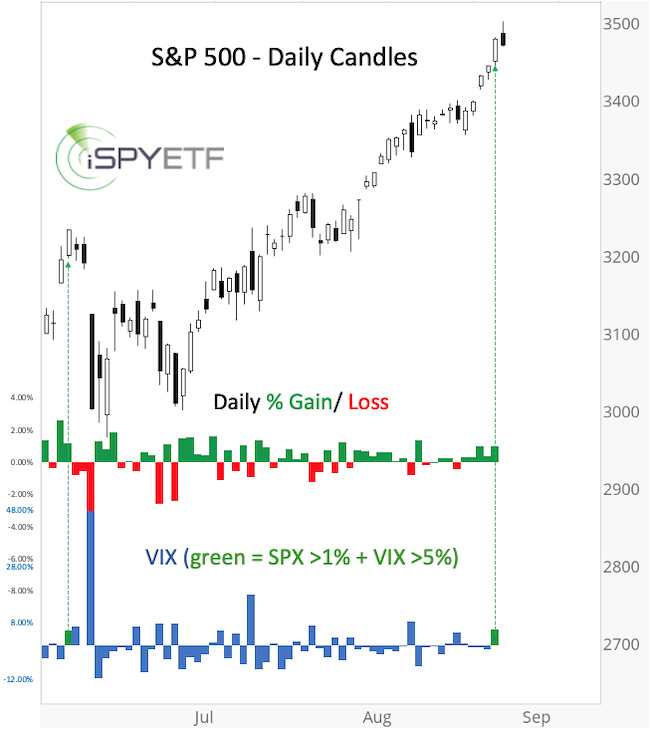 If we relax the parameters to include every instance where the S&P gained more than 1% and the VIX more than 3%, we get 10 other instances over the past 20 years.

The March 26 Profit Radar Report looked at a number of indicators (including liquidity) and concluded that: “We anticipate a recovery towards 3,000 (for the S&P 500) over the next couple months and quite possibly new all-time highs in 2020.”

New all-time highs are no surprise to subscribers of the Profit Radar Report, but that stocks got there without any significant pullback is unusual, even unprecedented.

But we are here now, and I’ve found that most investors approach the market in one of three ways:

If option #3 sounds most appealing to you, and if you would like to find out the other rare and unique times in history when 1) S&P 500 and VIX went up at the same time and 2) S&P 500 rallied with more declining than advancing stocks, you will find the Profit Radar Report of interest.

Who would have thought that 2020 will see the S&P 500 drop 32.80% from its all-time high and come within striking distance of recovering all of its losses.

To subscribers of the Profit Radar Report, that’s not big news, because the March 26, 2020 updated stated that: “We anticipate a recovery towards 3,000 (for the S&P 500) over the next couple months and quite possibly new all-time highs in 2020.”

Now that we are here, its a good time to ask: Would a new S&P 500 all-time high be bullish or bearish? 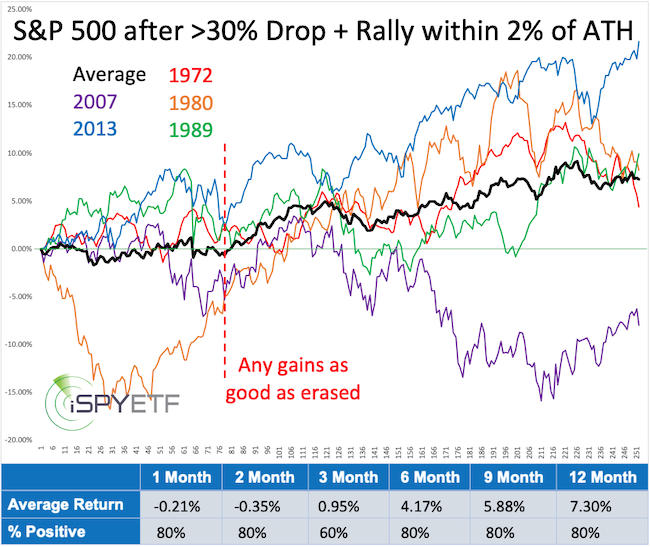 In terms of technical analysis, the July 20 Profit Radar Report stated the following:

“Price broke out today, but breadth did not confirm, a bi-polar breakout. There are plenty of reasons to view this breakout as suspect, but while 3,220 and 3,190 holds as support, momentum could push price higher, erase the bearish divergences, and target the open chart gap at 3,328.45. Aggressive investors afraid of missing out on any upside may consider going long with a stop-loss below support.” 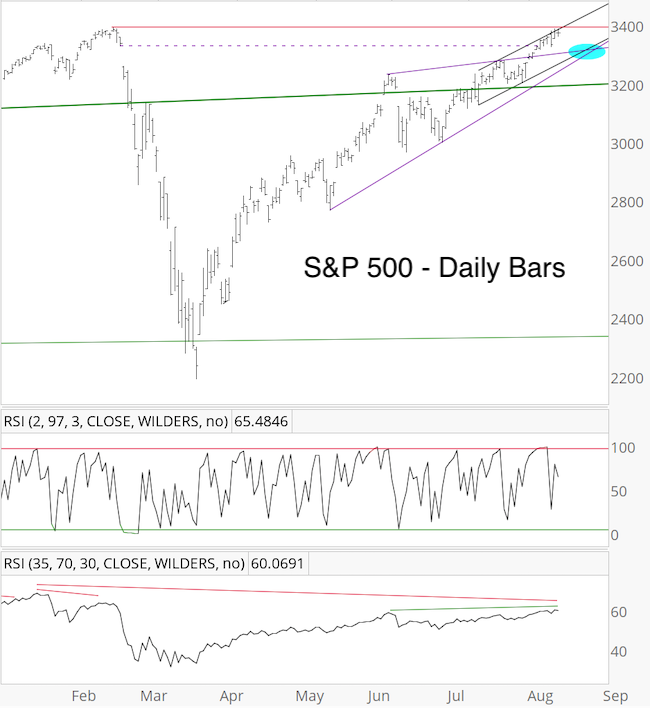 The chart gap (dashed purple line) was closed August 5, but – courtesy of strong up side momentum – price continues to grind higher.

Grinding higher is what momentum markets do … until a nasty pullback brings investors back to reality. Predicting such a rude wakeup call is nearly impossible, but a break below the convergence of support (blue oval) would be a yellow flag.